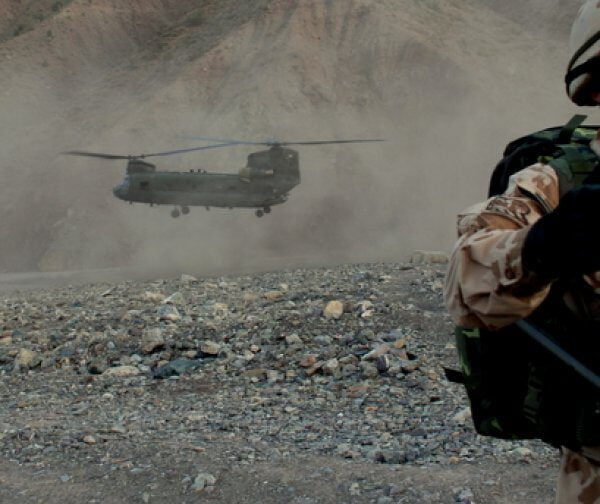 To cite this article: Z., Cody, “Know Your Enemy”, Military Operations, Volume 2, Issue No. 4, Fall 2014, pages 17-18.
Cody Z. is a graduate of the Massachusetts Institute of Technology currently working as a military analyst

In modern warfare, a commander must know much more than the strength and armament of his enemy. Units often must suppress an insurgency, dismantle terrorist cells, or defeat a hybrid group with state-like capabilities, within the same battlespace. The basic skills of fire and maneuver are still the core competencies of the soldiers fighting the battle, but the commanders of these units must also develop an understanding of the enemy to best utilize the skills of the warfighter.

Ideally, every commander would deploy with full knowledge of all enemy groups operating in or near his battlespace, but even under the best conditions this is essentially impossible. In the absence of this information, broad approximations of the enemy must be made to allow for strategic planning. In the past decade-plus of fighting in Iraq and Afghanistan, U.S. military units have become highly proficient at killing High-Value Targets, but they are often ineffective in actually destroying the enemy organization.

What needs to be developed is knowledge of the different types of enemies on the battlefield. If the commander understands the enemy, they can develop a strategic approach to defeating him. ‘Kill or capture’ missions are not strategy, nor are vehicle checkpoints. These are tactical operations, and must be part of a larger approach for defeating the enemy. To inform this approach, the commander must understand the enemy’s center of gravity and the resources (whether physical, abstract, human or terrain-based) on which he relies. While innumerable variations of each type can emerge, there are three broad categories of enemy type: cellular, insurgent, and state-like. These categories are established using composition-based definitions, rather than tactical definitions, and while minor adjustments must be made for specific groups, each category dictates a basic strategy for the commander to implement. The terms were chosen carefully, in order to generically describe the enemy type, without categorically excluding any relevant groups. For example, cellular groups are often described as terrorist groups, yet this is a tactically determined moniker. The characteristics and composition of a group are the keys to defeating it, not the methods by which they carry out their attacks. Furthermore, the term ‘hybrid’ is often thrown around, sometimes simply as a buzzword. In this model, the phrase ‘state-like’ is used. The purpose of this is twofold: it more accurately describes the relevant organizations, and serves to encompass actual state actors in the enemy type.

The remainder of this article will describe each enemy type and their critical characteristics. The model, henceforth referred as the typology of Violent Non-State Actors (VNSAs), is not intended to be fine-grained and inform the reader as to every detail of the group. It is intentionally broad so as to be useful in the greatest number of situations while remaining parsimonious.

The most basic type of violent non-state actor is the cellular group. Composed of highly loyal members, who dedicate most or all of their time to the cause, these groups are unique in that they rely on outside entities for all organizational needs. They cannot arm themselves (with the exception of a small number of light weapons) and they cannot effectively recruit without sacrificing organizational security. All functions of command and control are covert, and the identities of cell members are closely guarded secrets. The prototypical cellular group is often a subsidiary of a larger VNSA, as illustrated by the Hamburg Cell of al-Qai’da.

A key aspect of this group is their need for outside support. While cellular groups are often small enough to be eliminated with a ‘kill or capture’ strategy, it is also possible to combat them by simply cutting lines of communication and supply. Curfews, mobile phone jamming and vehicle checkpoints are all useful tools in a blockade-like strategy that would starve these groups of vital supplies.

Insurgent groups are characterized by one extremely important feature: they rely on popular support and are reliant on the favor of the local population. Much like cellular groups, they operate in a covert manner and maintain underground armories, safe houses and clandestine communications networks. Insurgent groups are generally much larger than cellular groups, and due to their covert, local nature are dispersed widely throughout the community. If an insurgency is to survive, it must constantly recruit new members and preserve the security of the organization. FM 3-24 constantly reminds us that counterinsurgency is a war of information, and the local population holds critical information. If the insurgents fall out of favor with the locals, they will cease to be protected and can be defeated. An insurgency must be actively supported to survive. Without safe houses and loyal friends, they can easily be routed out. To maintain this support, they need to provide the population an acceptable message to support, and basic benefits. These benefits are generally individual in nature and often take the form of bribes, death benefits, or modest stipends. This ties locals to the organization on an individual basis, motivating the level of effort required to support the insurgency. Knowing this weakness will help the commander understand that strategies such as limited raids on safe houses will be of little use, as their supporters will simply supply another location. Rather than relying on violent measures, insurgencies should be countered with population centric approaches, the details of which are outside the scope of this paper.

Finally, there is a much-studied and poorly understood set of groups with capabilities that vastly exceed the previous two. This category, typified by VNSAs such as Hizbullah and ISIS, is often referred to as hybrid, implying that they combine characteristics of states and violent non-state actors. In this typology it is irrelevant whether an entity is formally recognized as a state; all groups capable of meeting the Weberian requirement to maintain a ‘monopoly of violence’ within its borders can be considered ‘state-like.’ These groups are also characterized by their ability to take and hold territory and their need to provide public goods.

While many fear the strength of these groups and their ability to impact the international order, their very nature exposes a number of weaknesses. By taking and holding territory, they assume responsibility for that territory, and neglecting that responsibility can have lethal consequences. Much like an insurgency, they must maintain support within the community, albeit at a much lower level. They are a visible governing force and are subject to dissent, rebellion and overthrow. To placate the population they must provide the basic public good required for survival including water, electricity, sewage and security. The level of commitment required for locals to expel a state-like group is much higher than that required for an insurgency. It was noted above that an insurgency must provide a message that is acceptable to the population. There is a similar requirement for a state-like group to survive, but once again it is to a lesser extent. While a state-like group would benefit from having a population that agreed with its message, it is sufficient for it to refrain from taking actions that are drastic, highly public, or highly offensive to the population. In situations where VNSAs are able to establish a strong presence, basic provision of goods and security is generally sufficient to keep the population from rebelling.

Looking at the characteristics of state-like groups, it is clear that they have many of the same weaknesses as states. To effectively maintain control over their territory, they must maintain basic infrastructure; which can be targeted. Similarly, they must maintain constant lines of communication and supply to remain viable. These logistical trains are clear targeting opportunities. Since access to the territory is denied, the population cannot be influenced using basic COIN principles, but traditional Psyops can be highly effective. Additionally, commanders should consider the fact that many of these groups are not well-suited to governing and are likely to implode with little to no outside influence. Covert action and sabotage may accelerate this process.

As shown in the descriptions of the groups, each category has unique strengths and weaknesses. A strategy that effectively neutralizes one group may be useless or even counter-productive against other. The purpose of this typology is to give commanders, planners and policy-makers rough but accurate groupings with which to understand these groups and begin the planning process. Rather than building plans from scratch, basic frameworks can be established for each category and perhaps for more specific sets within the categories.