Beyond Traffic Lights: Towards A More Complex Human Terrain 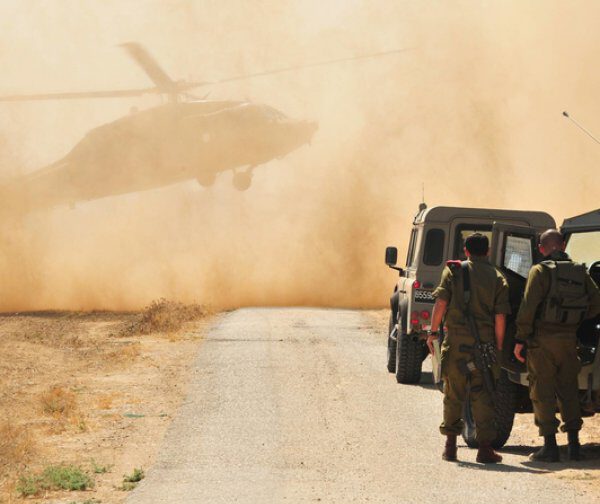 Increasingly, contemporary operations take place in a complex environment involving a number of local actors. There have been numerous attempts to make sense of this environment. Influence operations, for example, tend to classify local forces as friendly, neutral, adversary, or enemy. Many field officers prefer a ‘traffic light’ model, according to which local actors are classified green, amber (or yellow), or red based on their place on a spectrum of friendliness to hostility. Still others use a system of green, blue, red, yellow, and white. These characterisations of actors within the human terrain of a given situation can be highly problematic and hinder operational effectiveness. Although they are an improvement on the simple binary of ‘friendly’ or ‘hostile’ that preceded them, they share the same fundamental flaw; a presupposition that actors relate to each other in a binary manner, occupying only one point on the spectrum. While these means of classification allow for complexity of issues and motivations, at a fundamental level, they still assume that there are those who are hostile and those who are friendly. In this way, they neglect the concept of aligned motivation. Aligned motivation occurs when one actor shares a set of goals in common with another. These shared goals can be either global or local. This does not however mean that the actors are friendly. As a result, there have been times in history in which, applying the traffic light model, organisations would have been simultaneously deepest red and darkest green. The case of the relationship between the primary Zionist paramilitary group in Palestine and the British Empire during the Second World War is a perfect example of such an occurrence. Depending on where an officer sat in the British administration, he could code the Haganah green or red, and both would have been correct. From 1939 onwards, the Haganah was both the primary supporter and guarantor of the British Mandate in Palestine and its primary threat, armed, organised, and fundamentally hostile to British goals and policy.

Starting in 1940, the British security establishment in Palestine came to rely on the Haganah for many of its functions. The Haganah provided garrison forces, special operations support, intelligence, and policing for the Palestine Mandate.[i] More critically when, in 1944, another Zionist paramilitary group, the Irgun Zvai Leumi (IZL), began a rebellion against the Palestine Government, they turned to the Haganah, and the Haganah was largely responsible for the successful counter-insurgency that marked that period. The Palestine Government became so reliant on the Haganah for countering the Jewish insurgency that it did not develop significant capabilities of its own. In this narrative of events, the Haganah could not have been a better ally. However, at the same time, the Haganah continued to stockpile weapons, train illegally, agitate against British government policy, organise demonstrations, and threaten future violence if Britain did not meet certain demands. This, along with its ability to mobilise tens of thousands of fighters, made the Haganah a significant threat to the Palestine Government. When, in 1945, the Haganah joined with the IZL to form the United Resistance Movement, all the worst predictions, offered by those who said the Haganah was nothing but an implacable enemy, came true. The binary of ‘friend’ or ‘enemy’ clearly did not apply in this case, and may in fact have seriously damaged the British Empire’s ability to assess the situation accurately.

Neither the ‘traffic light’ model nor the scale of ‘friendly, neutral, adversary, or enemy’ would have been a better fit. The Haganah was at once friend, adversary, and enemy, cooperating with the British Government because of an alignment of motivations. The Haganah shared certain global objectives with the British Government and was motivated to cooperate to further those goals. The types of cooperation in which the Haganah engaged also benefited it as an organisation. Supressing the IZL gave the Haganah unquestioned primacy among the paramilitaries in the Palestine Mandate and some degree of control over its rivals. The Haganah also had an interest in the further development of the Palestine Mandate and the peace and security of its Jewish population – all of which could be achieved through cooperation with the British. As long as this was the case, the Haganah stayed on side. Yet when the Haganah switched sides in October 1945, all the above benefits remained. What had changed?

A ‘red flag’ moment had occurred. If local forces cooperate with foreign forces primarily out of aligned motivation, then red flag moments happen when a given event means that cooperation must cease, no matter the benefits of cooperation or the alignment of objectives. For the Haganah, the red flag moment was the newly elected British Labour Party’s announcement that it would not fulfil its campaign pledges in altering Palestine policy. The timing and nature of red flag moments such as this have repeatedly caught expeditionary forces by surprise, even when their possibility was predicted. After every such instance, recriminations begin and claims spread that the local force was duplicitous or misclassified as friendly. However, as the case of the Haganah shows, the local force is not always duplicitous. The Haganah was open about the fact that it was following its own interests and would continue to do so. Instead, the fault lies partially in an overly simplistic system of classification.

The model suggested by the case of the Haganah would look substantially different. Every local actor has its own interests and red flags. Rather than placing the local actors on a spectrum of hostility, it would be more useful to map these interests and categorise them as primary or secondary. Creating such ‘interest maps’ would have multiple benefits for field commanders. By better understanding local actors’ interests, it may be possible to gain some cooperation from those currently classified as hostile. More importantly, moving to an interest map system will allow for better identification of the type of event that would constitute a red flag moment for a given group. Better prediction would enable the possibility of prevention or at least mitigation of the risk and effects of red flag moments.

Under the current system, a local organisation can simultaneously occupy all points on the spectrum, from friendly to enemy. This, together with organisations’ ability to switch rapidly between friend and enemy, illustrates the flaws in the system’s utility. The case of the Haganah clearly demonstrates this. Given the likelihood that many future operations will call for cooperation with local forces, a new and more nuanced system is needed. Any new system of classification must work as a map of interests rather than as a system of traffic lights or spectrum of relations. In doing so, it must identify both potential red flag moments and the situations in which motivational alignment may be achieved.